An elegant Georgian venue in the heart of central London 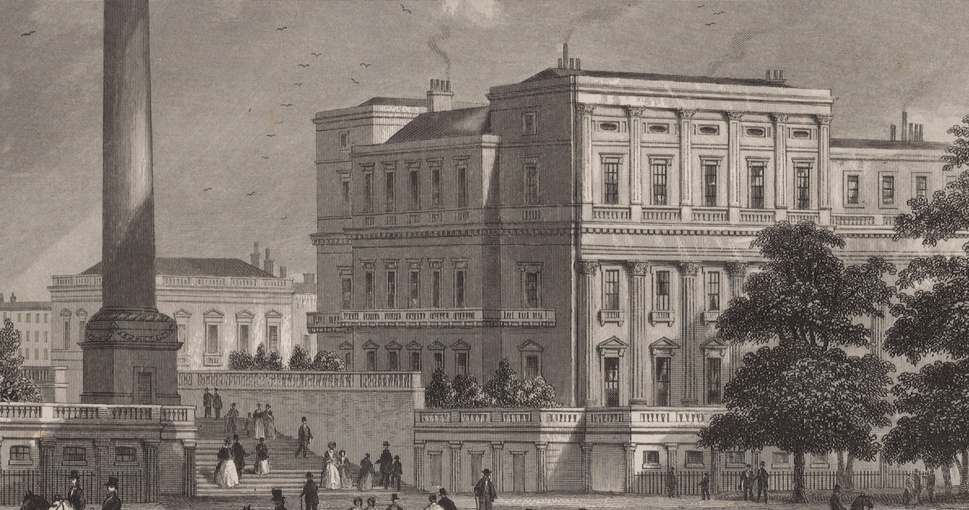 One of London's finest Georgian treasures, the Terrace was designed by John Nash and constructed from 1827 to 1833. Constructed on the site of Carlton House, the former home of the Prince Regent, later George IV it consists of two residential blocks separated by the Duke of York’s Column and was designed by Nash to be an impressive backdrop to St James’s Park and the Mall. Carlton House Terrace rapidly became one of the most fashionable addresses in London and is the setting for Oscar Wilde’s play Lady Windermere’s Fan. The architectural historian Sir Nikolaus Pevsner, himself a Fellow of the Academy, described the Terrace as among ‘the greatest terrace houses ever built in Britain’.

From 1831 to 1924, No. 10 was the London residence of the Ridley family of Northumberland. The 2nd Viscount Ridley commissioned Detmer Blow and Fernand Billerey in 1905 to remodel a significant portion of the house in the French classical style. This included the installation of a black marble staircase with a bronze balustrade by Bainbridge Reynolds. During the First World War, Lady Ridley opened up the house as a Hospital for Wounded Officers.

The occupants of No. 11 have a slightly more varied history. The original resident was Lord Monson who was followed by William Crockford, proprietor of the celebrated gambling hall, and then by the Duke of Norfolk. In 1875, William Gladstone and his family moved in. His diaries reveal that the Cabinet occasionally met at the house during his first term as Prime Minister (1868-1874). The Gladstone’s also held a regular Thursday salon where many of the country’s most prominent people met to exchange news and gossip, as well as to listen to fine music - it was one of the hottest tickets in town. Following Gladstone’s resignation as Prime Minister, the Guinness family took over the lease, staying on until the 1920s.

The social upheavals of the First World War and the rapidly rising costs of upkeep meant that maintaining a large London house was becoming increasingly impractical. As a result, many of the houses in the terrace became clubs, learned societies or institutional offices. The Union Club took the lease of both No 10 and No 11 in 1923, thereby beginning the process of combining the two houses. The use of the two buildings as a club was slightly contentious, and conditions therefore stated that the building was to appear as a private house. In 1944, No 10 suffered from bomb damage but much of the Edwardian interior survived and can still be seen today. Following the club’s departure in the 1950s, No. 10 and No 11 were occupied by the Commonwealth Secretariat and The Foreign Press Association. In 1998 the British Academy moved into No 10 and parts of No 11 before expanding into the whole of No. 11 in 2010. 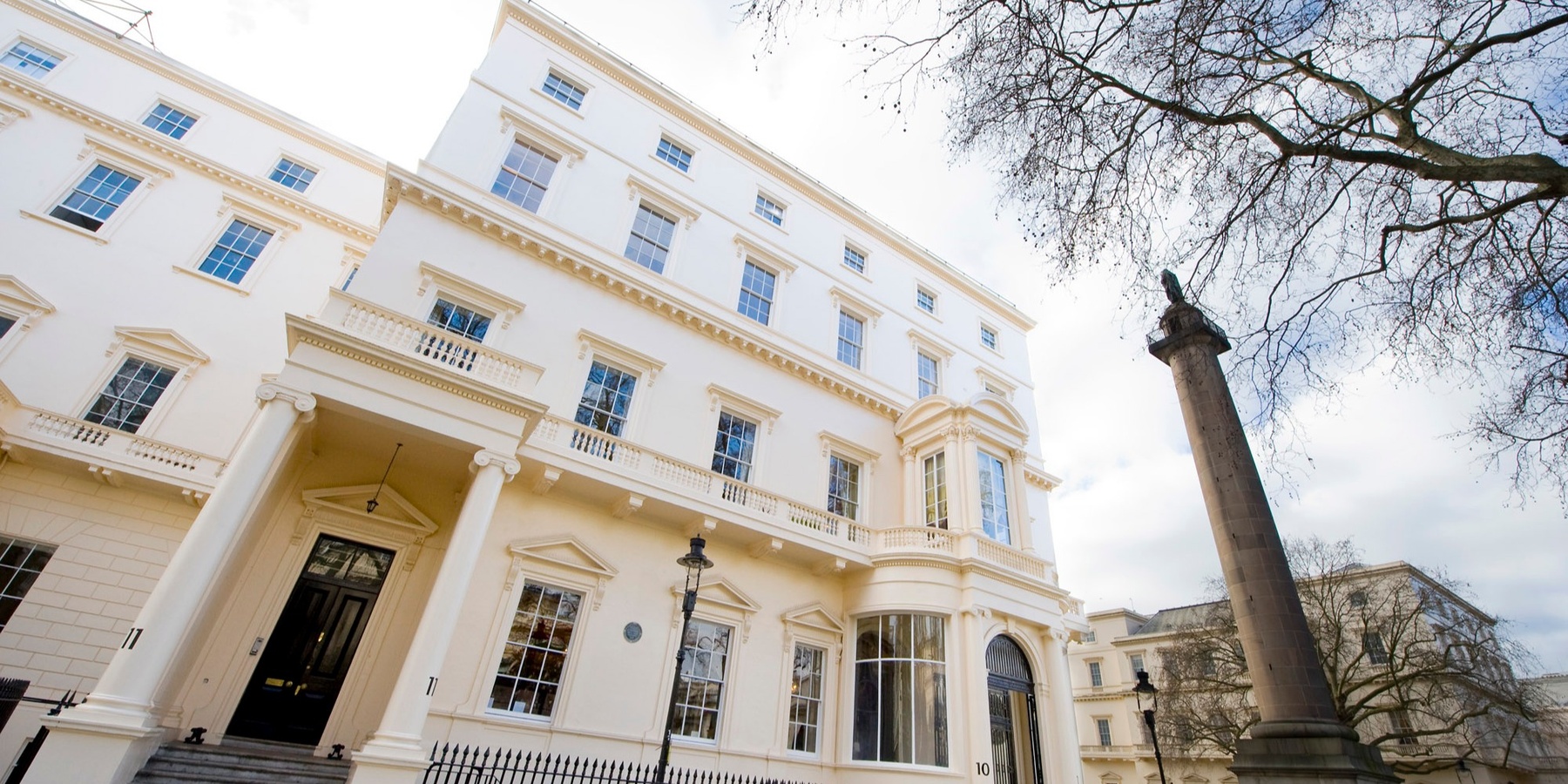 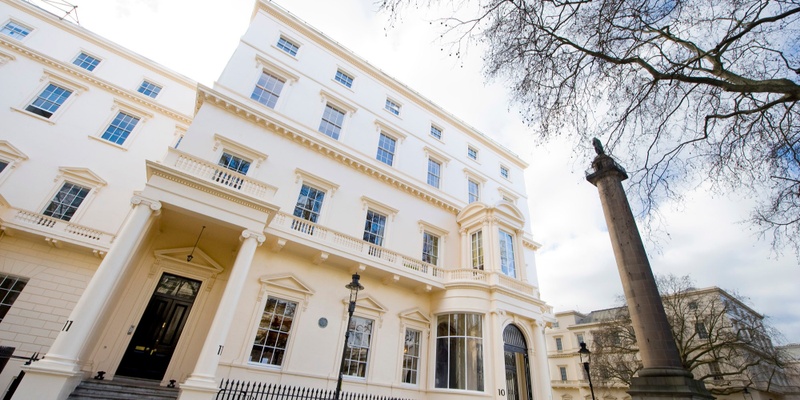 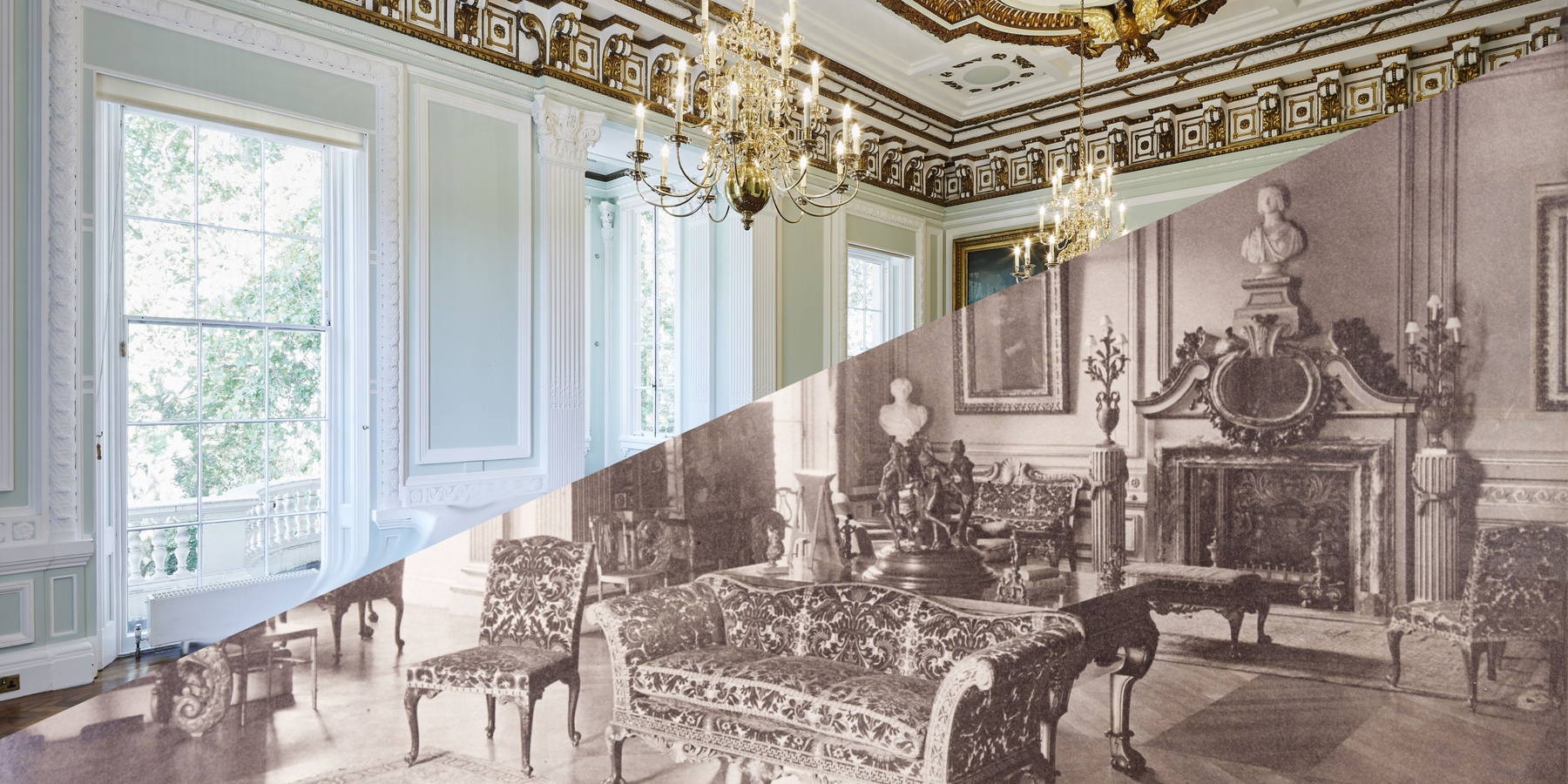 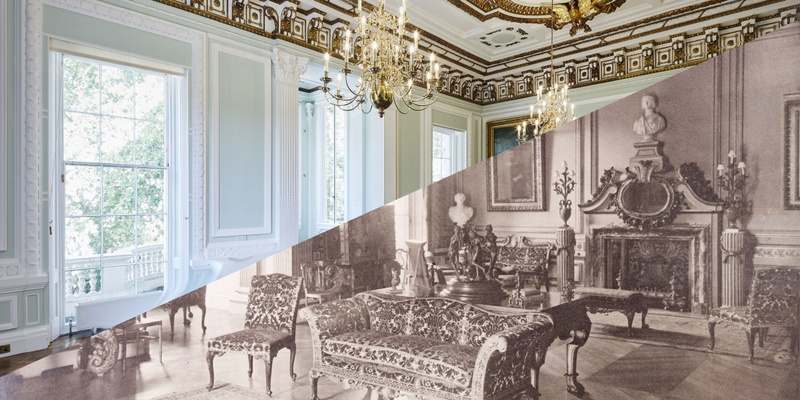 The Council Room then and now 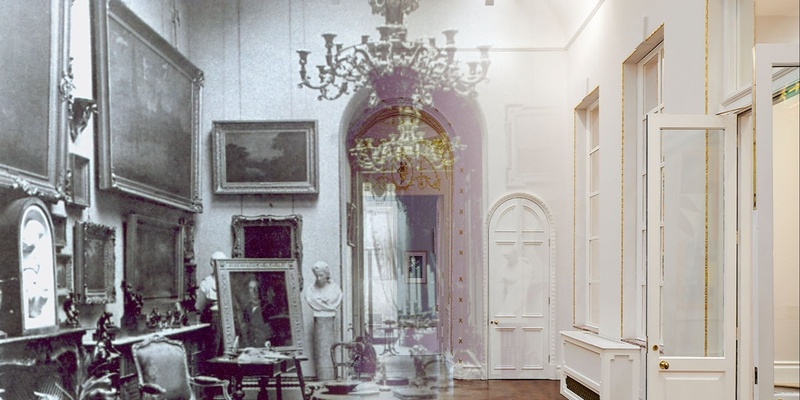 The Gallery then and now 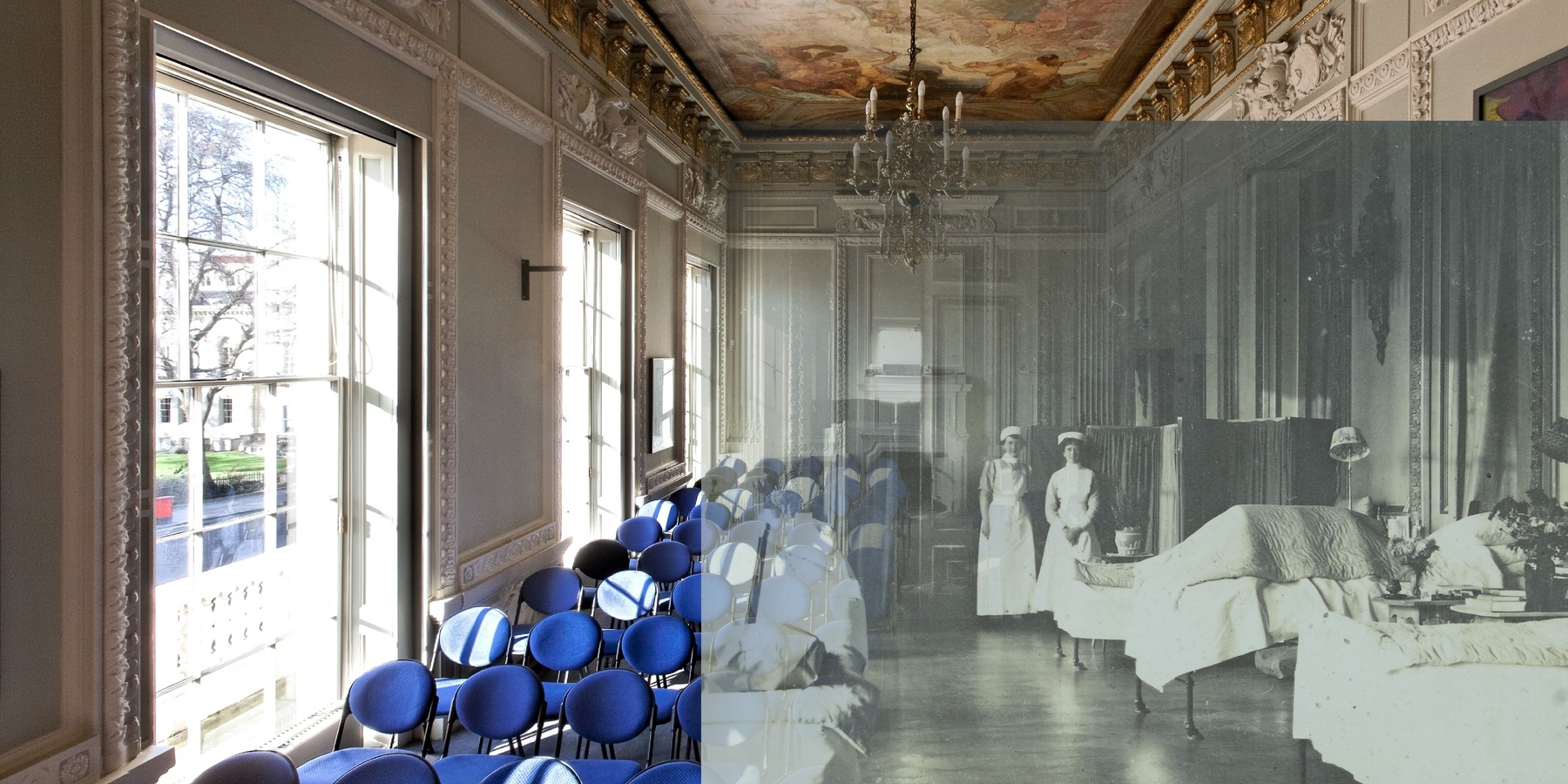 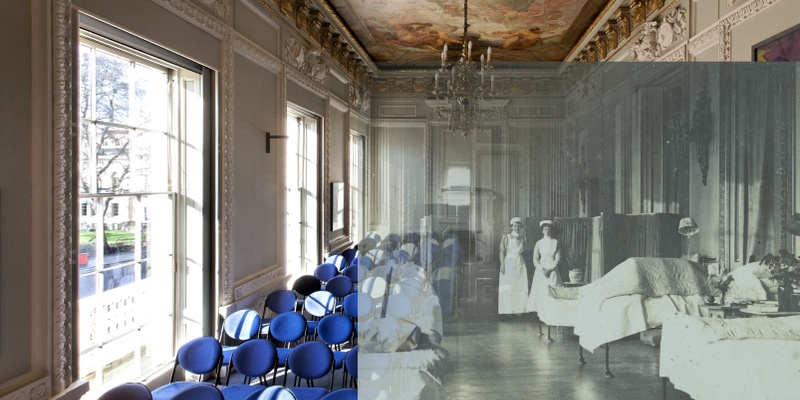 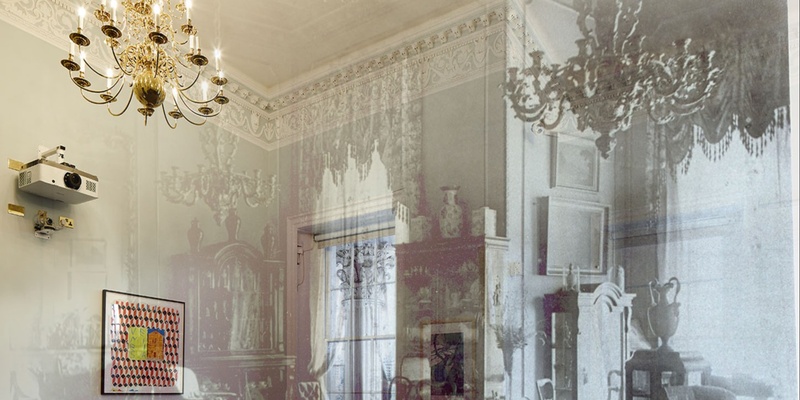 The Wolfson Room then and now 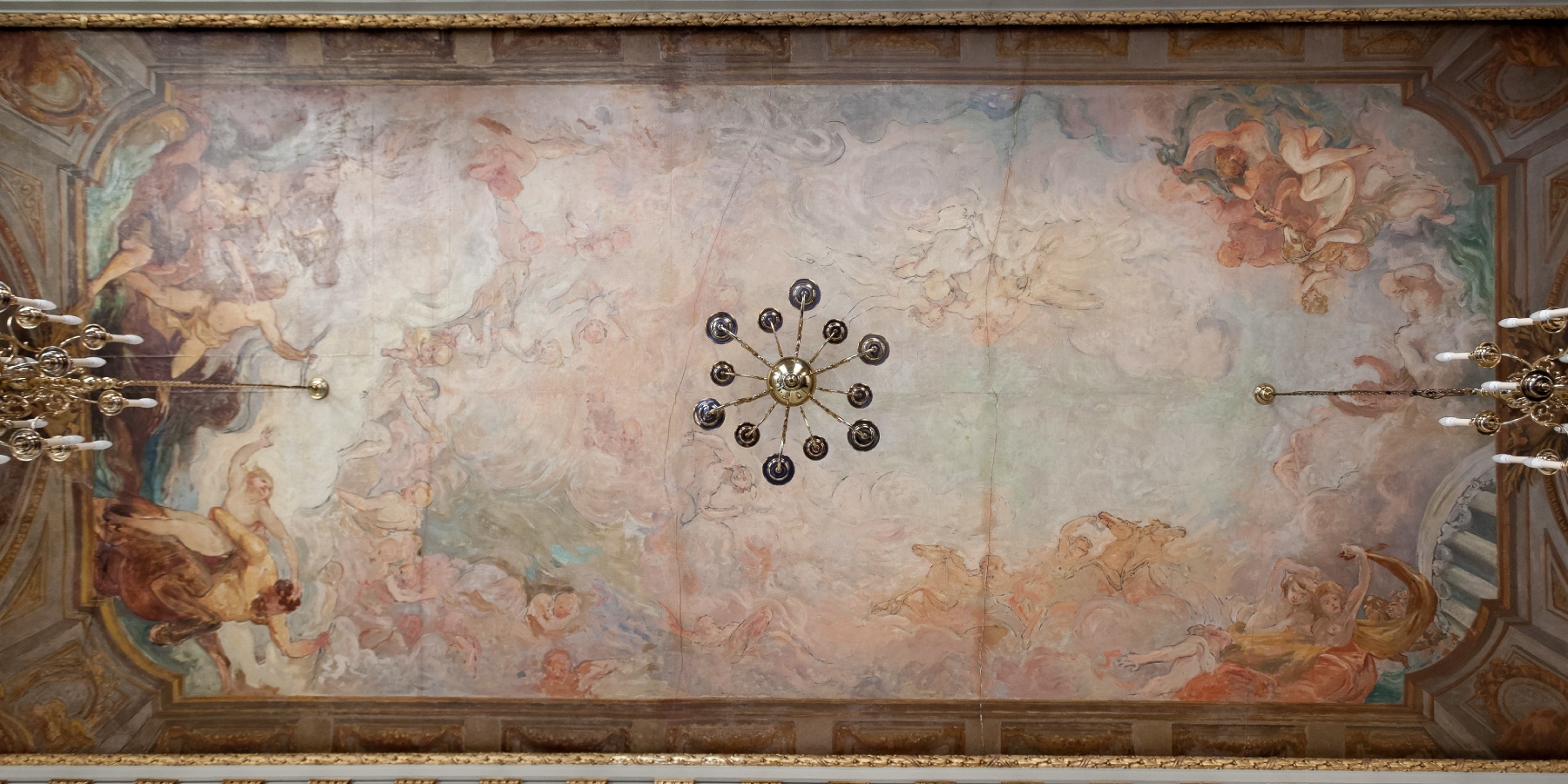 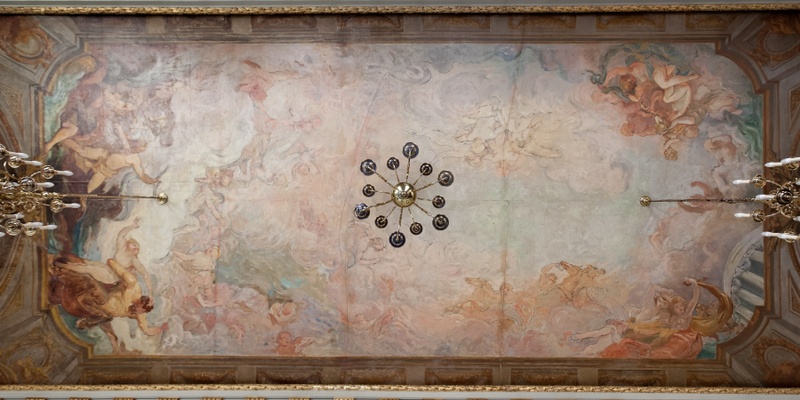 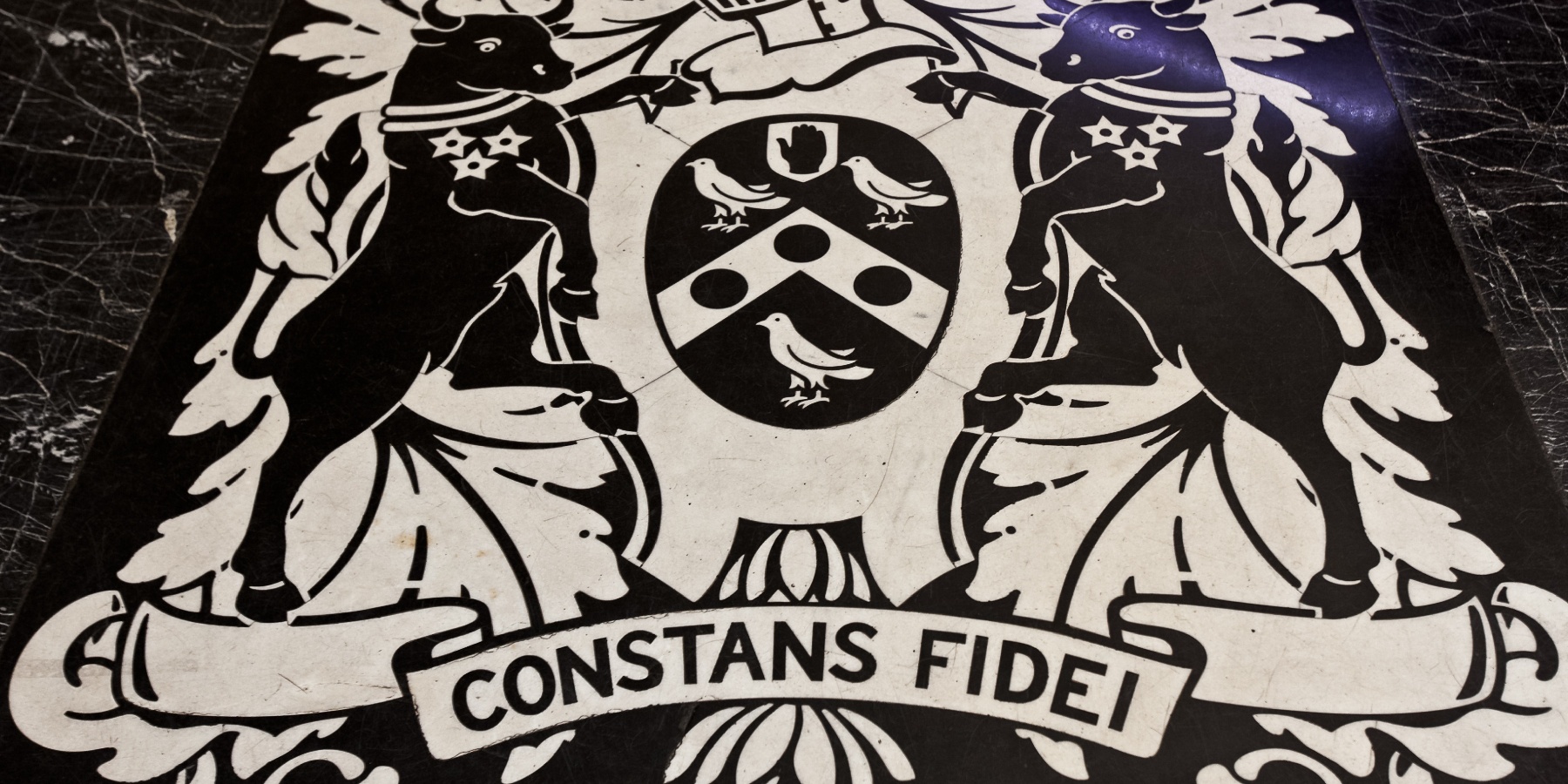 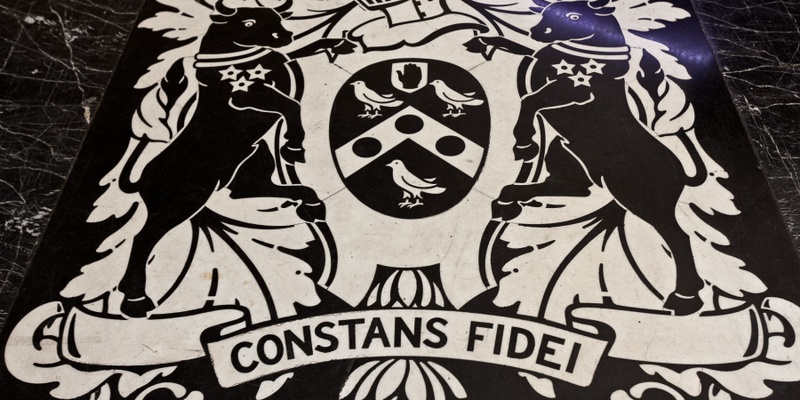 The Ridley family crest in black and white marble at the entrance, the Ridley's installed the now iconic No. 10 black marble staircase 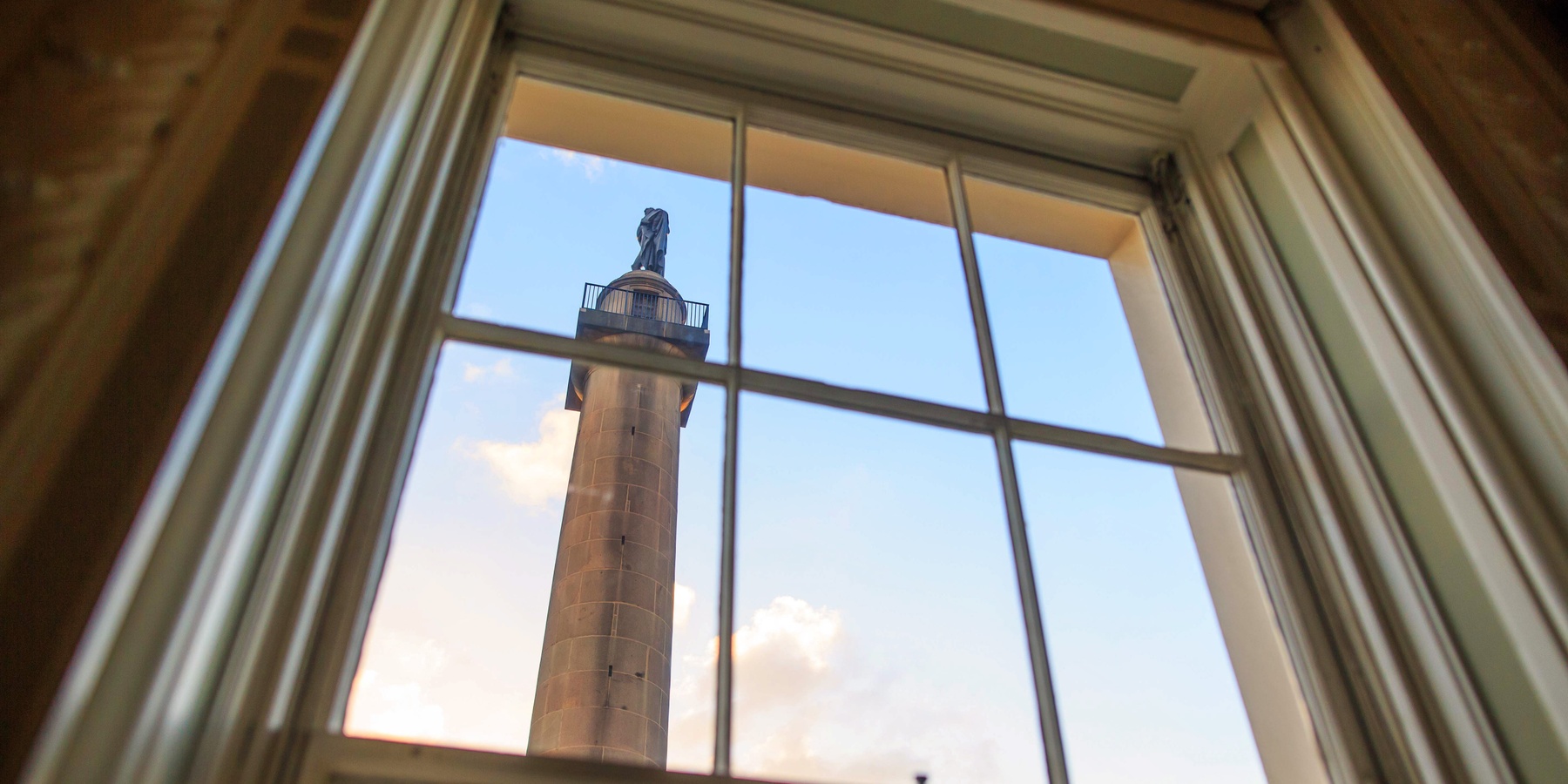 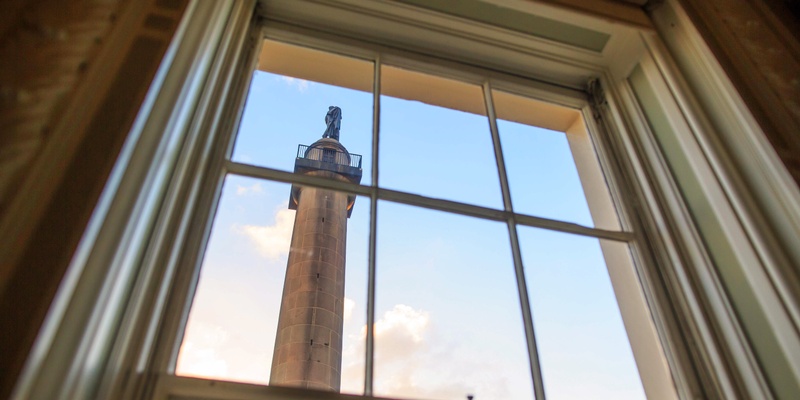 Unchanged view of the Duke of York column from No. 10 since 1831 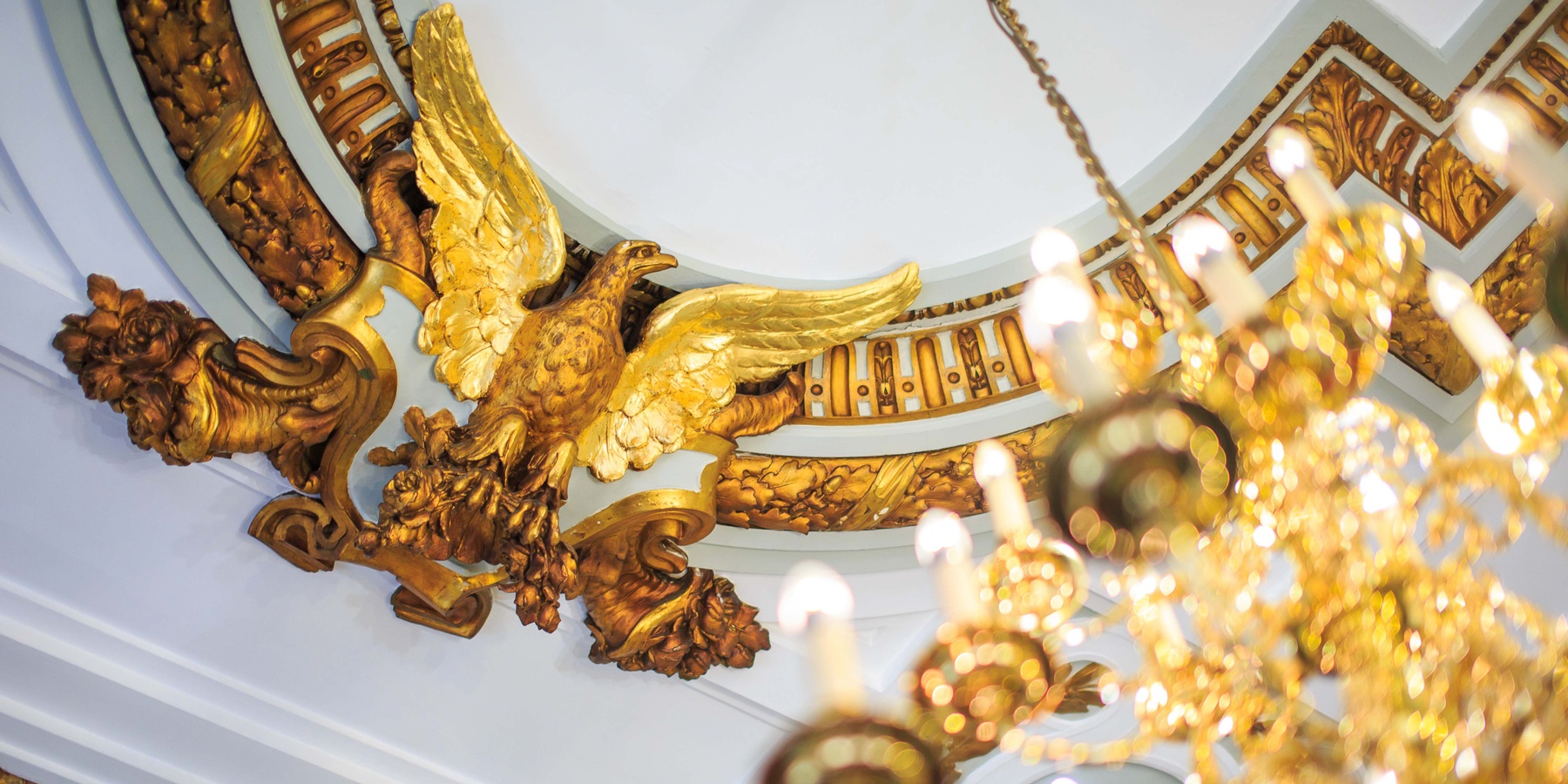 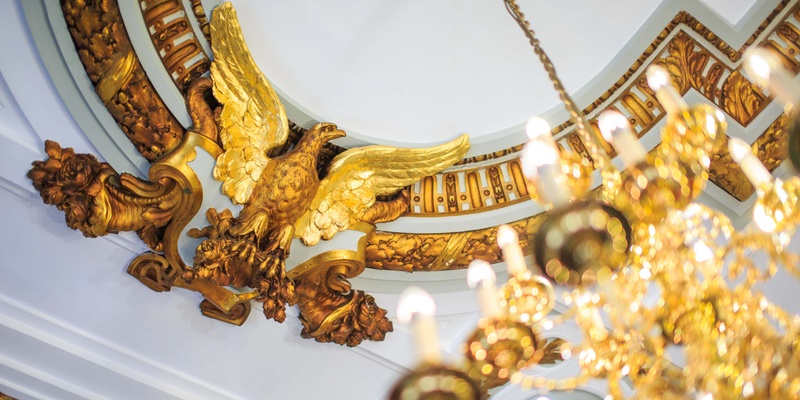 Detail from the gold ceiling in the Council Room, added by the Ridley Family